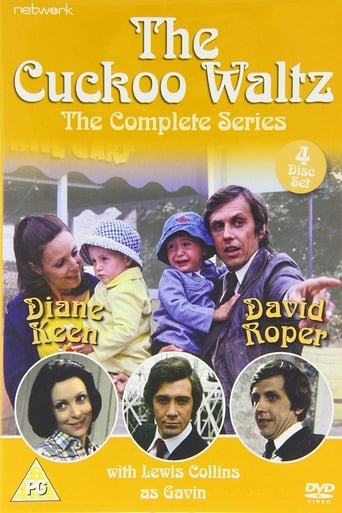 The Cuckoo Waltz was a British television sitcom made by Granada Television for the ITV network between 1975 and 1977 and in 1980. The series which was set in 1970s and Manchester, written by Geoffrey Lancashire, produced and directed by Bill Gilmour, dealt with the comic complications that ensue when impoverished newlyweds Chris and Fliss Hawthorne take in a lodger, Gavin Rumsey, to ease their financial problems. Collins left after 3 series and was replaced by Ian Saynor as Adrian Lockett in the fourth series. The series was re-screened by now defunct Satellite TV channel, Granada Plus, in the late 1990s and early-mid-2000s.