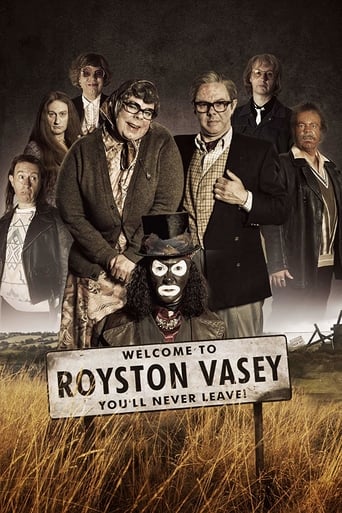 The League of Gentlemen is a British comedy television series that premiered on BBC Two in 1999. The show is set in Royston Vasey, a fictional town in Northern England based on Bacup, Lancashire. It follows the lives of dozens of bizarre townspeople, most of whom are played by three of the show's four writers—Mark Gatiss, Steve Pemberton, and Reece Shearsmith—who, along with Jeremy Dyson, formed the League of Gentlemen comedy troupe in 1995. The series originally aired for three series from 1999 until 2002 followed by a film in 2005. A three-part revival mini-series was broadcast in December 2017 to celebrate the group's 20th anniversary.