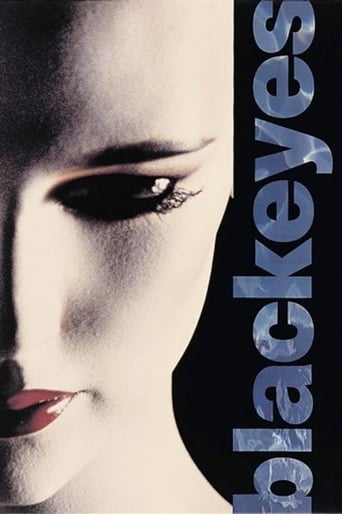 Blackeyes is a BBC television miniseries first broadcast in 1989, written and directed by Dennis Potter based on his own novel of the same name. Broadcast as four 50-minute episodes, first screened weekly from 29 November 1989 to 20 December 1989 on Britain's BBC2 channel, Blackeyes starred Gina Bellman as the title character, an attractive model, with Michael Gough in a key role as her uncle. It was described in the press TV listings as "a quirky, dark and sexually charged drama". Potter described the series' theme as the objectification of "young and attractive women as consumer goods in a way that brutalizes both sexes".